Open rehearsal for anyone interested in joining the choir. Come along and try it out. We will be studying the Beatus Vir by Monteverdi – music provided 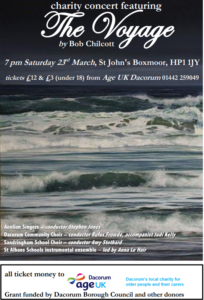 Carols for Choirs and audience,  Sections from Haydn’s Creation Mass